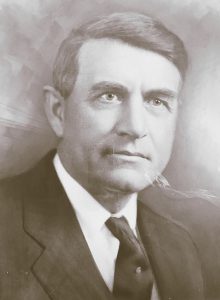 Our history began in 1914, with the creation of Demmons Roofing, which offered quality commercial roofing services to clients through the Northeast. Exactly eighty years later, in 1994, the company merged with Maine Air Conditioning, which was founded in 1974, to expand the company into commercial HVAC solutions.

With the acquisition of Maine Air Conditioning, W.H. Demmons became a global leader in the HVAC innovation and technology industry, after having completed its first geothermal building in the 1990s.

Working with W.H. Demmons has been great. Until we got them involved we just could not get the humidity down in any of the Flowering Rooms.

Since then, W.H. Demmons has been the forerunner in designing and engineering geothermal HVAC systems throughout New England. In addition, W.H. Demmons has completed numerous building automation systems projects around the world.

W.H. Demmons takes great pride in the expertise and dedication of its employees, and strongly believes in continual education and training for all staff members. This commitment to excellence is one of the many reasons why W.H. Demmons is a proven innovative leader in the fields of geothermal, HVAC, controls, and roofing.

Ready to get started on your next project?