THE BENEFITS OF WHITE ROOFS

W.H. Demmons, Inc. The Only Roofing Contractor in Maine with their own Professional Engineers

White Roofs have become more popular over the last decade; however, a handful of myths still surround the energy saver membrane and PVC material. Due to the lower upfront cost of black roofs, black roofs tend to be more attractive; but don’t let that price fool you. The energy saving costs in the long run with white PVC roofing systems and TPO roofing systems are undoubtedly a better long-term bargain and better suited for our environment.

While a white roof can greatly save energy and cost, the most notable and overarching benefit to the argument “why white roofs over black roofs,” comes down to one thing: the environment. White roofs reflect up to 88% of the sun’s energy. Instead of absorbing the solar heat from the sun, the membrane releases the energy and heat efficiently reducing the air conditioning costs in the warmer months 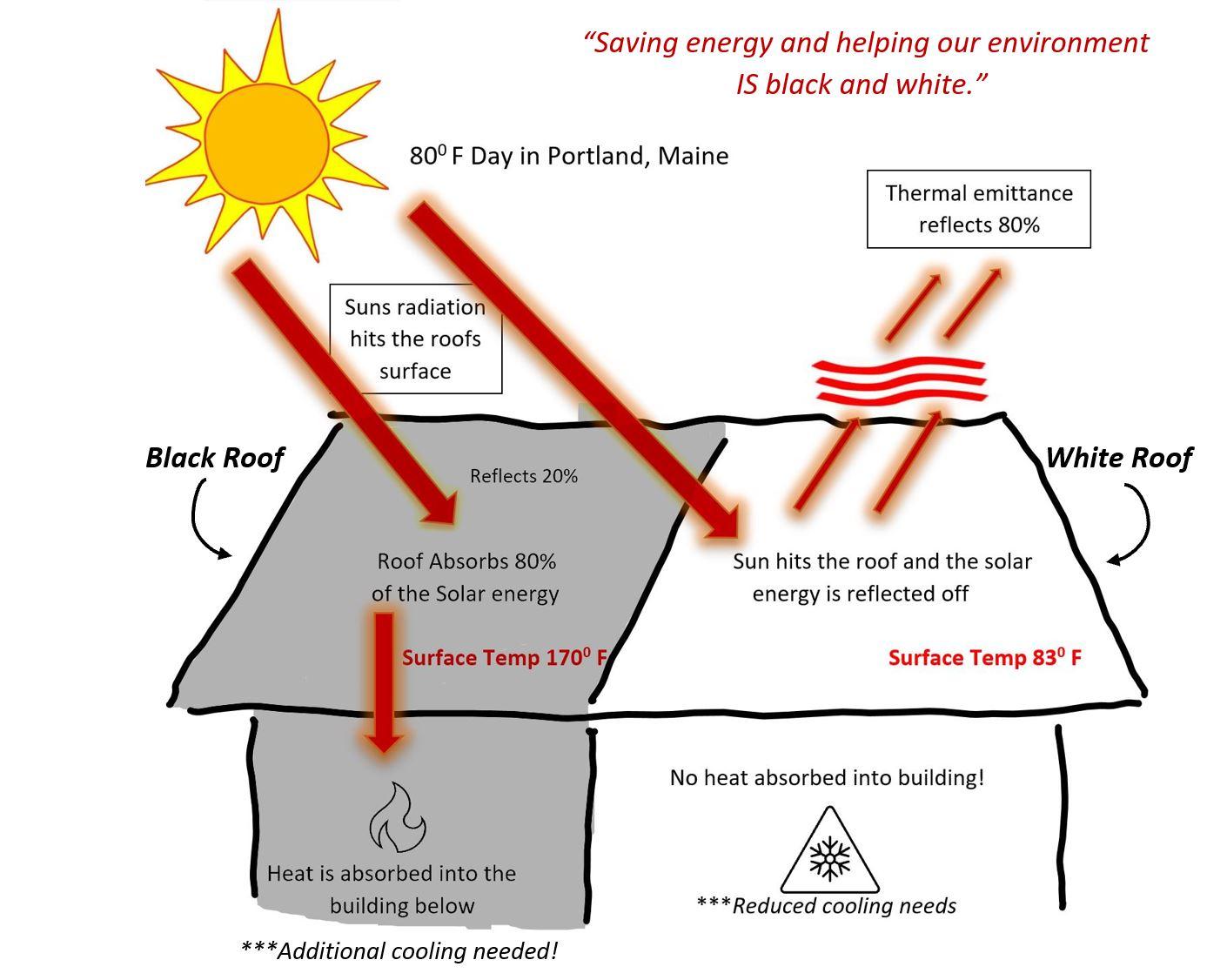 Keeping these factors in mind, let’s take the example of some public-school buildings that have little to no air conditioning or HVAC systems. White roofs will keep the classrooms cooler by reflecting heat and solar energy. Black roofs on the other hand, absorb it and heat up classrooms 10+ degrees warmer than the outside air. Another benefit of having a white roof on a school building is that the HVAC systems will not have to work as hard to keep the buildings and classrooms cool giving the HVAC system a longer lasting life-span. The interior temps can be 15-20 degrees cooler than black roofs during the hot months with a cool white roof.

So why wouldn’t you pick a white roof? The winter months seem to be the biggest concern for many people, but contrary to popular belief, white roofs actually do not contribute to heat loss or heat insulation in the winter. Why? Because in New England the sun is at such a low angle during the day, it actually does not affect the insolation of the building and has little to no solar heating potential.

As global warming continues to increase, decreasing our carbon footprint and lowering your company’s energy bills is something W.H. Demmons feels incredibly passionate about. It has been the focus of our business for over 30 years and we are not stopping now!

With a white roof installation, we can reduce your rooftop temperature up to 80 degrees during the hot seasons, and lower your energy cost by 20% (saving you money with the cost of air conditioning). These changes will lower your carbon footprint and put your company in a position for tax benefits from an energy certification from EPA’s ENERGY STAR®.

Ready to get started on your next project?